Take a good photo of the Moon with any camera

Why do most cameras not take a good photo of the Moon in Auto mode?
It is very simple. Most cameras don't know anything about the Moon LOL, The Moon is there normally in dark sky. It glows like a bulb. Now every camera is trained to taken in good amount of light to created a nice bright photo. As most of the sky in the frame is dark and the moon is comparatively too bright, this fools the camera and hence your moon comes out like a big white circle.

How to take good photos of the Moon then?

Tip#1: AE/AutoExposure.
Most cameras do metering (a way to figure out or measure light in front of the camera) in mostly two or three different ways. There are different names but normally they are Center, Center weighted or Multi/Intelligent. Most camera makers by default use the matrix or an intelligent method for metering. In this method, camera looks at the whole frame to determine how much light to take in to make a good exposure/picture. As for the Moon in dark sky, except moon, everything else is dark. So camera is told (or we can say fooled) to take in more light than it should.  If you are familiar with this setting, change it to Center or Center weighted. Then when you take photos, keep the Moon in the center. For some cameras, setting AE to proper method will do the trick for you.

Tip#2: EV or Exposure Value/Compensation.
This is another way to tell the camera to take in more or less light while taking a photo.
Yesterday, I used Fujifilm X-S1 camera to take some photos of the Moon. There was a nice Lunar eclipse l(April 15, 2014) so I was thinking to take some photographs. Plus, it was a full moon and whenever I have a new camera or a lens, I try to test it. When it is a long zoom camera, this exercise is a great fun. Fujifilm X-S1 is a decent camera with 26x zoom.
First I put the camera in Auto mode. I knew it wouldn't do a great job but just wanted to confirm it. I am probably hoping to find a camera one day that out of the box takes nice photos of the full Moon!
As you can see, the photo came out as a big white circle. Also, the Moon isn't perfectly round in the photo!
This is common for most cameras. The camera is fooled by the dark sky so it tries to take in more light! Once we know this problem, we can try to fix it. We want our camera to take in less light. Create a sort of dark photo. Once easy way to do this is to set a proper Exposure Value. 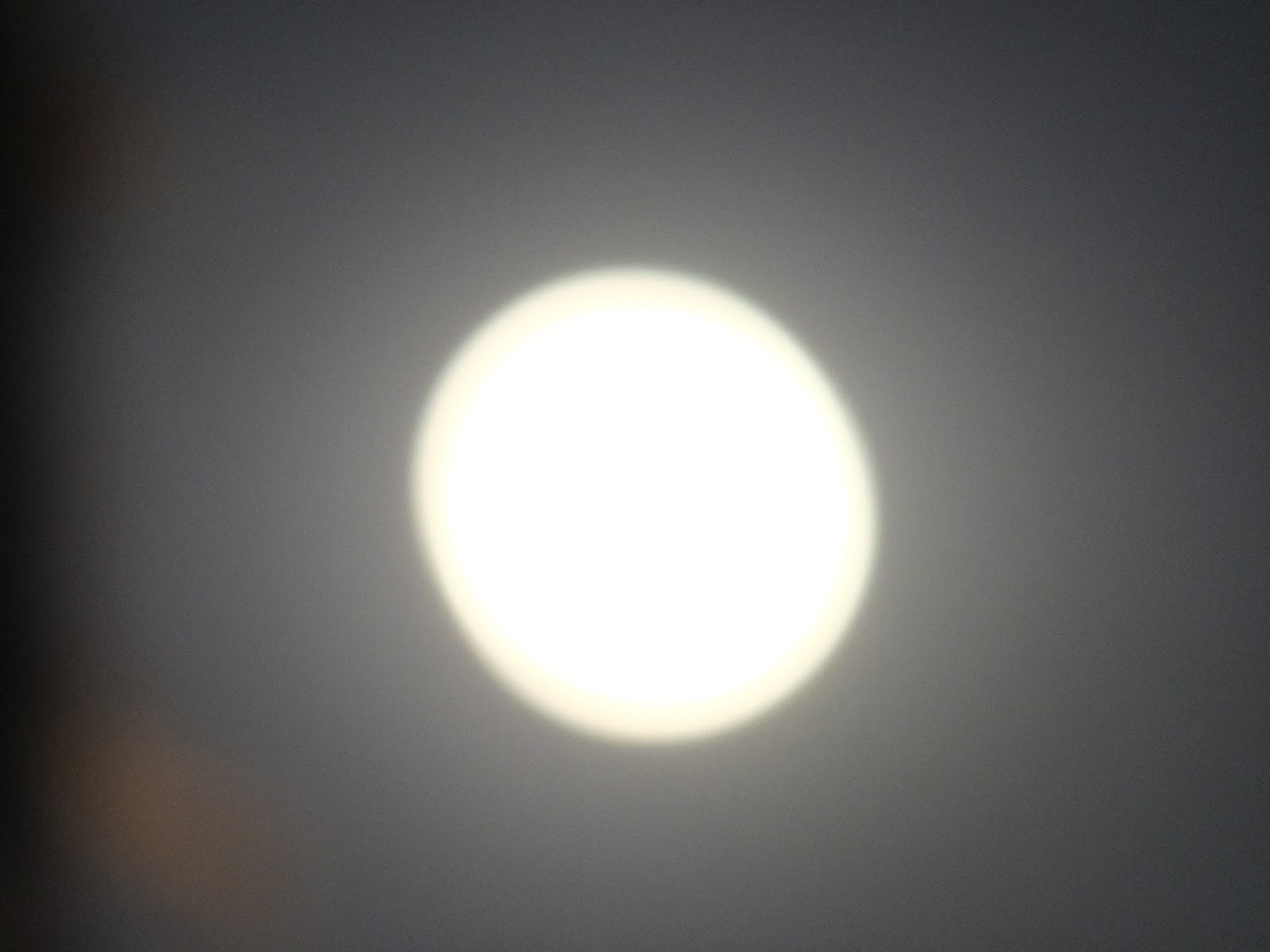 Now when I tried to lower the Exposure on the Exposure Compensation but like most cameras, X-S1 did not let me change exposure! It is an Auto mode so camera tries to do everything its way!! If your camera also does not let you change the EV, change camera mode to Program or Shutter Priority.


Now I changed the mode to Program ('P') mode and took another shot. It was similar but came out a bit better. 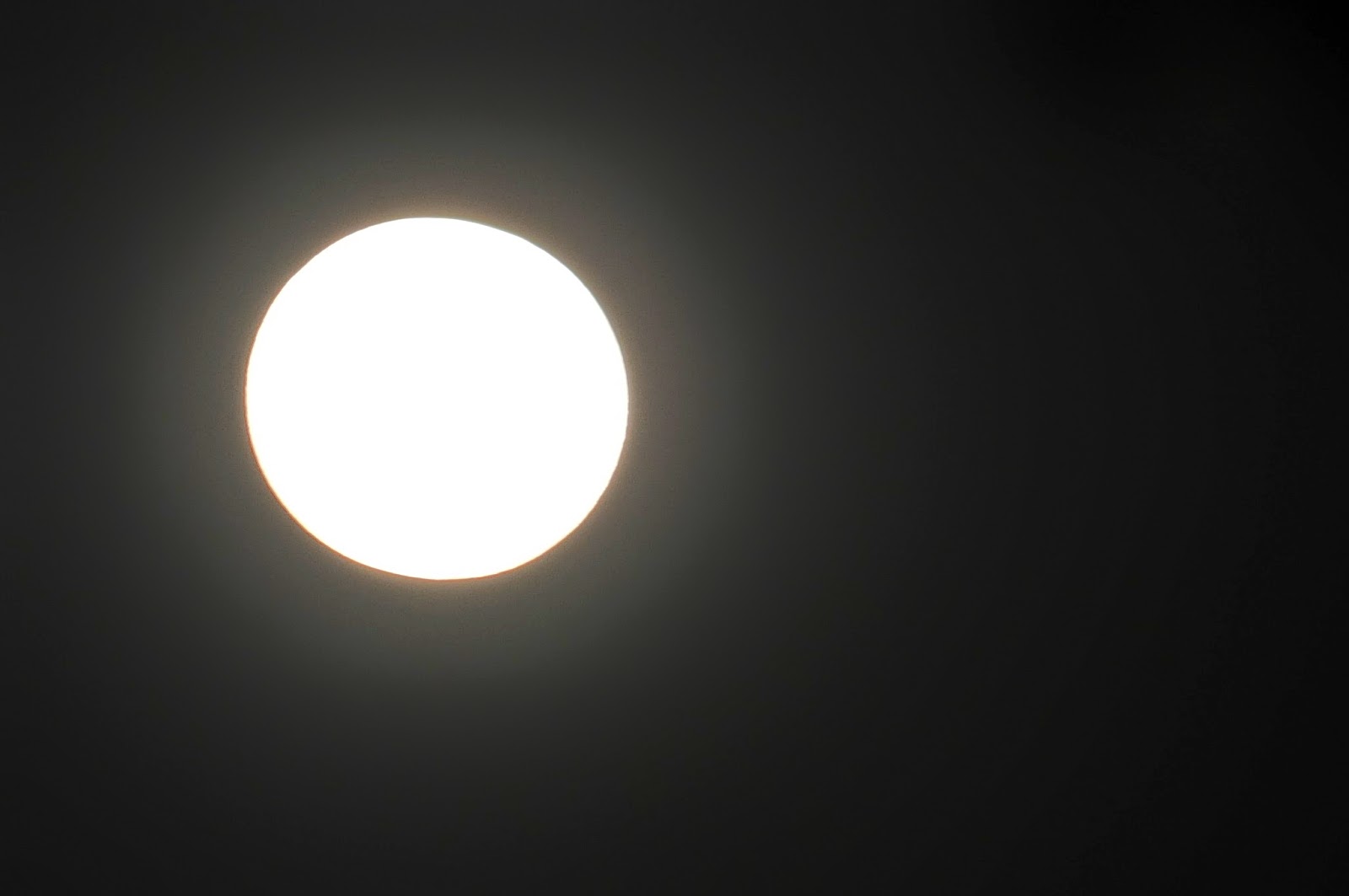 See below how the photo has come out with -1 Exposure Bias. 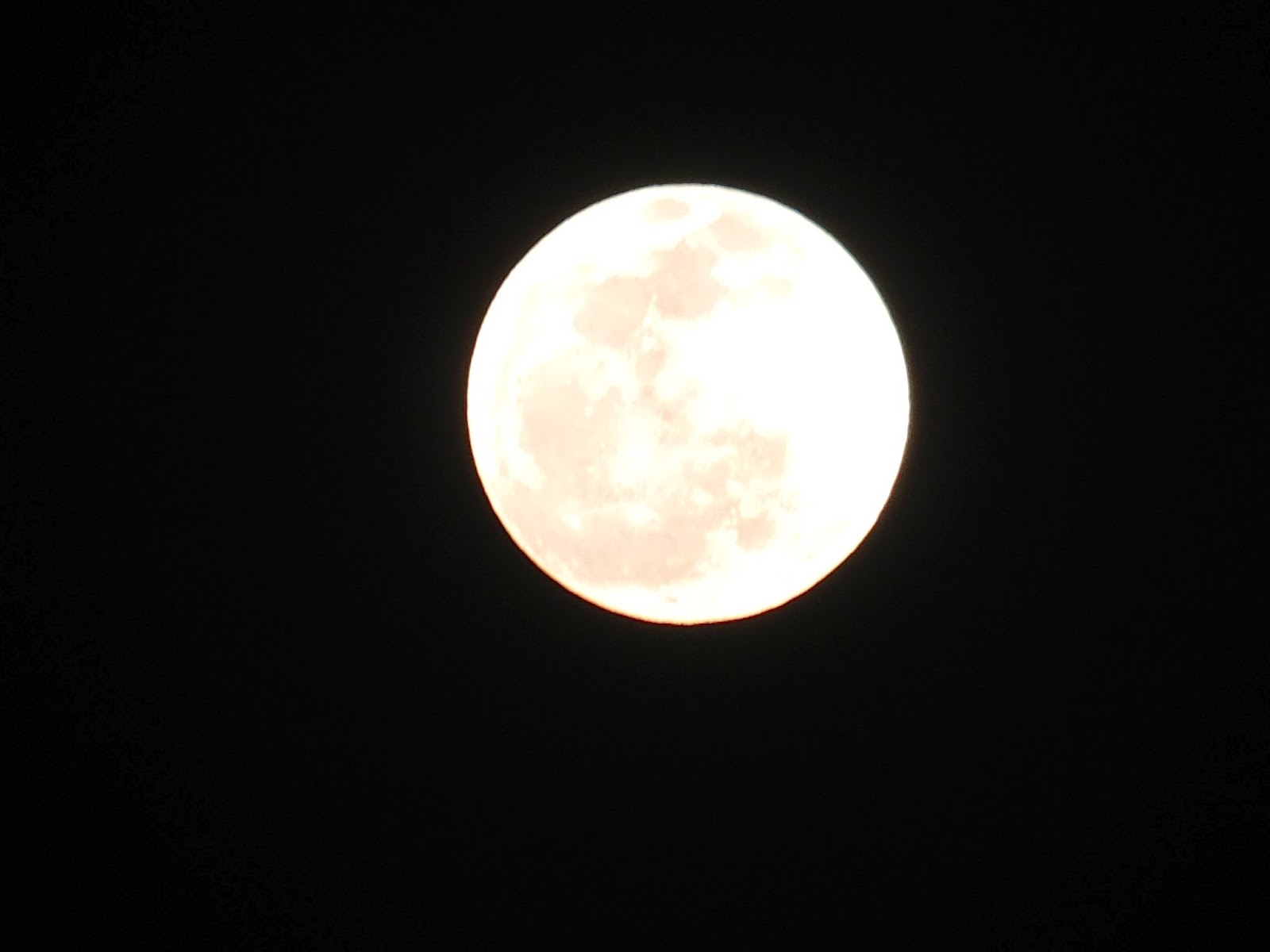 The photo was much better and now people can see it as the Moon. However I wasn't completely satisfied. So moved the EV to -2 and the camera tried to took much less light. The sky was all black but the Moon was perfect. 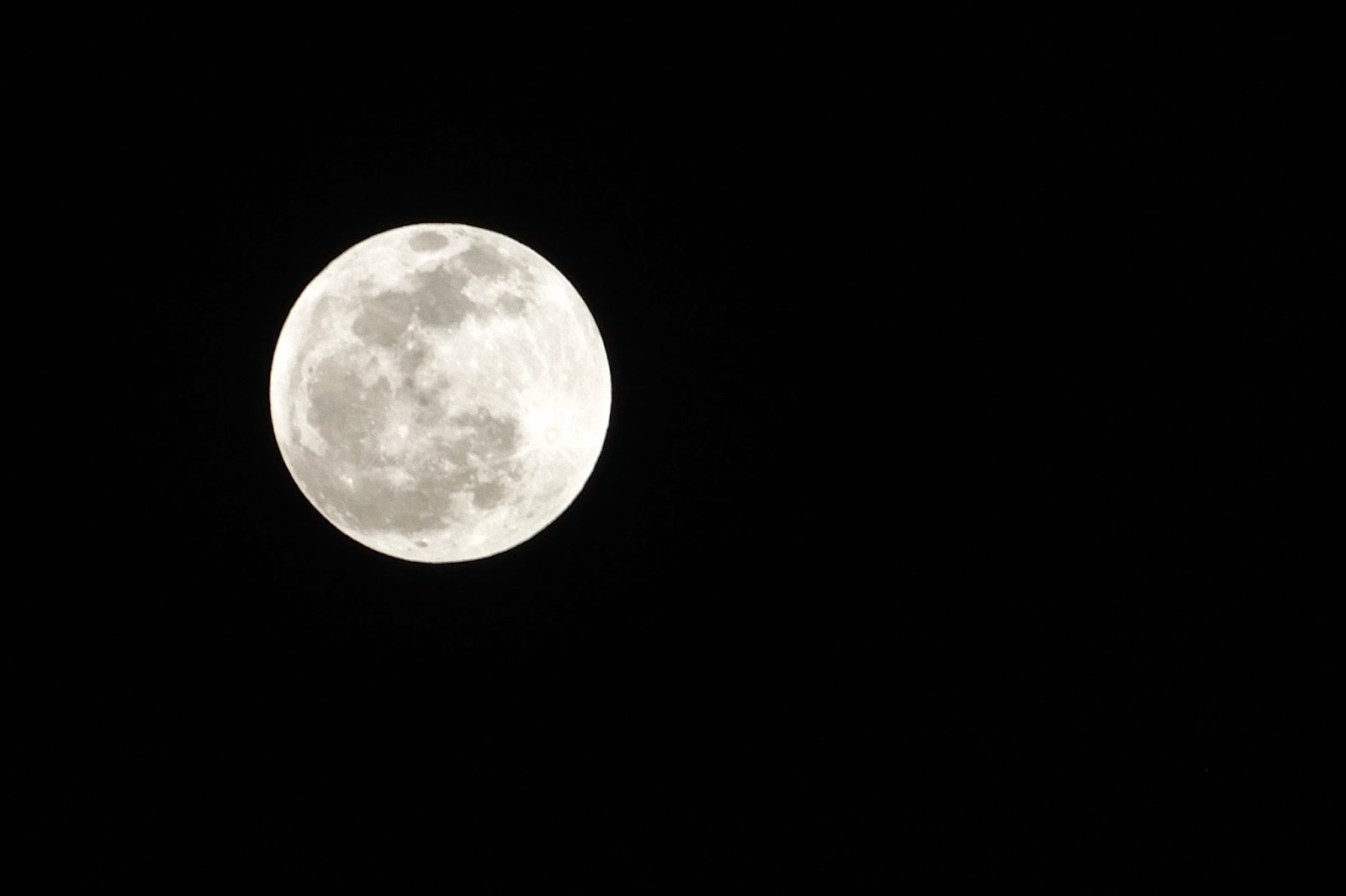 Even after setting the EV to the lowest value on your slider, you are not able to get a good photo of the Moon, you can do the following:
* Lower ISO: If ISO is set at some value higher than 100, move it lower to 100. See if this helps.
* Change camera to Shutter Priority. This becomes a bit challenging for most of us but I am going to keep it simple for you. Open up the last photo. Most cameras will tell you Aperture (f value), shutter speed and ISO used in the last photo. Take a note of the Shutter speed. Now in Shutter Priority, make the shutter speed faster. This is done by increasing the value. If the value was say 100 (which is actually 1/100 second, or 10 milliseconds), change to 200 and take a new photo.
Play with some values here and shortly you will have a nice photo of the Moon with your camera.

As I always tell people, most cameras are good. They just get lost sometimes in low light or in some awkward situations. If you are willing to help it in its struggle, like a good dog, your camera will please you with some beautiful photos.
If you liked this posting, here is another good one which talks about how to take photos against the Sun by changing EV to some positive value.
http://photography-with-any-camera.blogspot.com/2014/05/taking-photos-against-sun-not-always.html